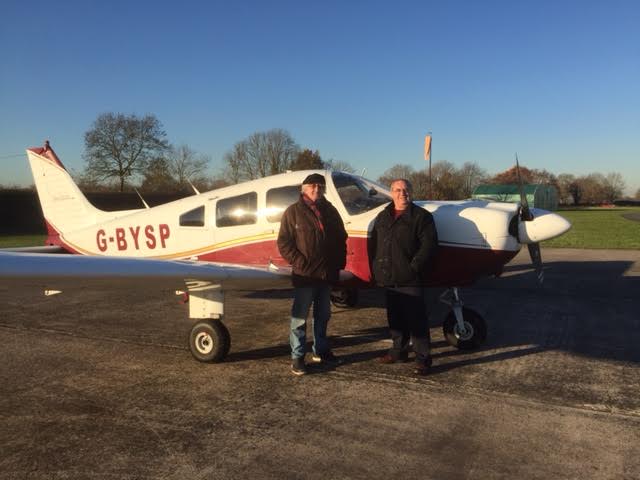 On a day of crystal clear skies W.Bros.  Clive Neal-Sturgess (Secretary) and Ron Parker (IPM) left their lodge duties on the ground and took to the air.  The whole of the Province of Warwickshire lay beneath them as they cruised at 3500 feet.  Over the West Midlands safari park near Kidderminster a hard left turn saw the Malverns to the south, Herefordshire to the west and further afield the Welsh hills all poking their summits above the misty ground like little islands. The Worcestershire side was clear, still air, affording us the most comfortable of flights. Over the Malverns, past The British Camp and another left towards Stratford-on-Avon and home.  W.Bro Ron Parker has been flying light aircraft since 1987 and still finds the experience exhilarating. Clive has flown with Ron before but is more used to Business Class in an airliner than contorting himself into a 4 seater!